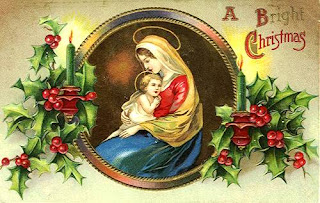 O Night Divine has a good posting on More Joy, Less Stuff and how her mother achieved it. I found this post via Like Merchant Ships.
Posted by Linda at Sunday, December 02, 2007 No comments:

Behind That Belgian Lace 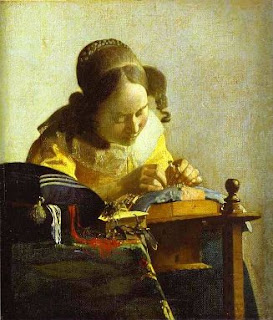 "The afternoon was devoted to sewing. Mademoiselle, like most Belgian ladies, was specially skillful with her needle. She by no means thought it a waste of time to devote unnumbered hours to fine embroidery, sight-destroying lace-work, marvellous netting and knitting, and above all, to most elaborate stocking-mending. She would give a day to the mending of two holes in a stocking at any time, and think her 'mission' nobly fulfilled when she had accomplished it. It was another of Caroline's troubles to be condemned to learn this foreign style of darning, which was done stitch by stitch so as exactly to imitate the fabric of the sock itself; a wearifu' process, but considered by Hortense Gerard, and by her ancestresses before her for long generations back, as one of the first 'duties of woman.' She herself had had a needle, cotton, and a fearfully torn stocking put into her hand while she yet wore a child's coif on her little black head: her 'hauts faits' in the darning line had been exhibited to company ere she was six years old, and when she first discovered that Caroline was profoundly ignorant of this most essential of attainments, she could have wept with pity over her miserably neglected youth." 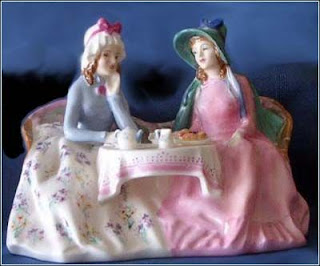 "Yorkshire people, in those days, took their tea round the table; sitting well into it, with their knees duly introduced under the mahogany. It was essential to have a multitude of plates of bread and butter, varied in sorts and plentiful in quantity: it was thought proper, too, that on the centre-plate should stand a glass dish of marmalade; among the viands was expected to be found a small assortment of cheesecakes and tarts; if there was a plate of thin slices of pink ham garnished with green parsley, so much the better."
Charlotte Bronte, Shirley, 1849
Posted by Linda at Saturday, December 01, 2007 No comments: