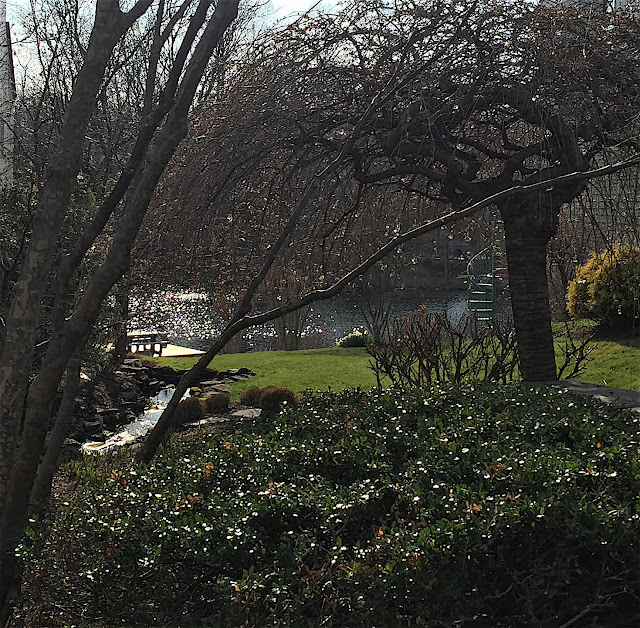 It almost looks like the stream in the garden at the mid-right is made of white stones or there is a snow path there and as if there are specks of left-over snow on the leaves of the ground cover. But the pure white here and shining on the lake is all sun. 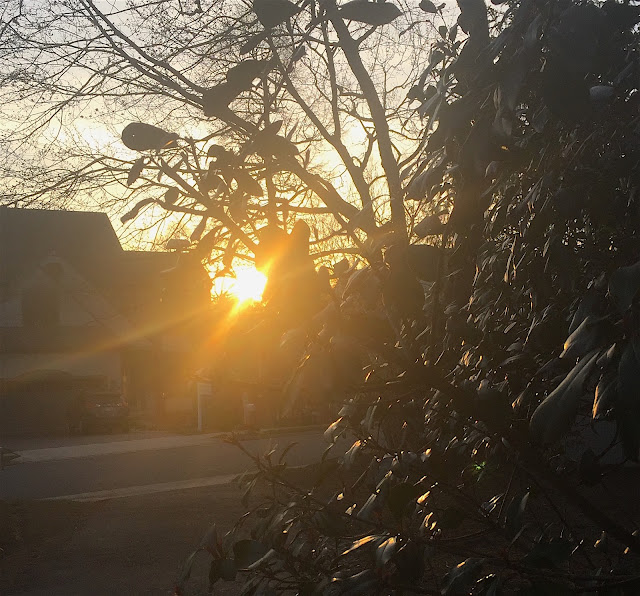 Same sort of impression created by the sun shining on leaves in a very shady spot. The leaves just shine back.

"For one who wishes a clever theory, the invention of painting belongs to the gods--witness on earth all the design with which the Seasons paint the meadows, and the manifestations we see in the heavens. But for one who is merely seeking the origin of art, imitation is an invention most ancient and most akin to nature; and wise men invented it, calling it now painting, now plastic art." 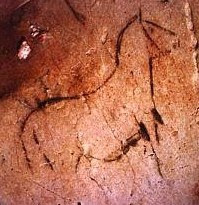 Little did the Greek writer Philostratus the Elder know when he wrote these words in the third century A.D. in his treatise on painting called Imagines, that the origins of art would take us back more than 60,000 years. 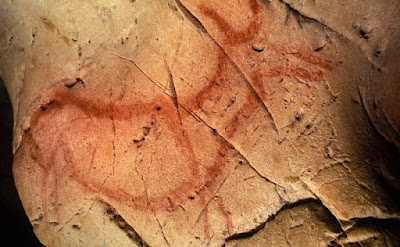 That is the conclusion of scientists from a redating of the prehistoric drawings in the La Pesiaga cave in Spain. The scientists calculated the age of tiny samples of the sediment on top of the drawings that they meticulously scraped off, with the startling discovery that the paintings had been done 64,000 years ago—a time when Neanderthals were the only hominids inhabiting Western Europe, the scientists said. 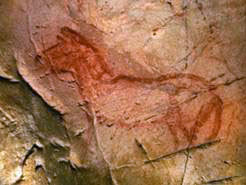 As reported in the Wall Street Journal, "The analysis revealed that the paintings predated early modern humans in the region by at least 20,000 years, leaving the scientists with no alternative but to attribute the artwork to the Neanderthals who made this area their home. ... 'We conclude that this cave art has to be made by Neanderthals,' said physicist Dirk Hoffmann at the Max Planck Institute for Evolutionary Anthropology in Leipzig, who led researchers from 15 centers in Germany, the U.K., Portugal and Spain. They published their findings in the journals Science and Science Advances." 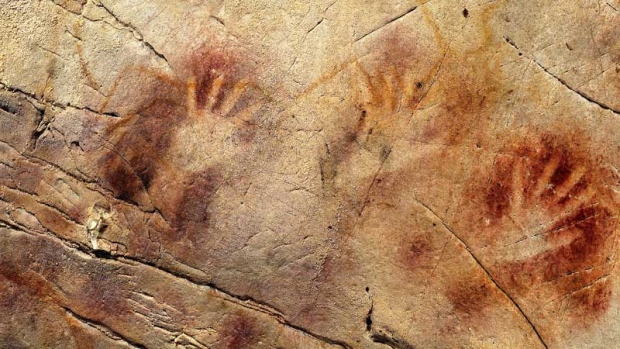 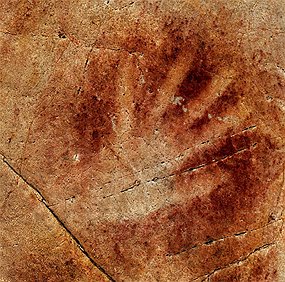 At last we got real winter snow, albeit on the second day of spring. I was relieved and grateful to see it. Buds are already out though and bravely withstood it all. 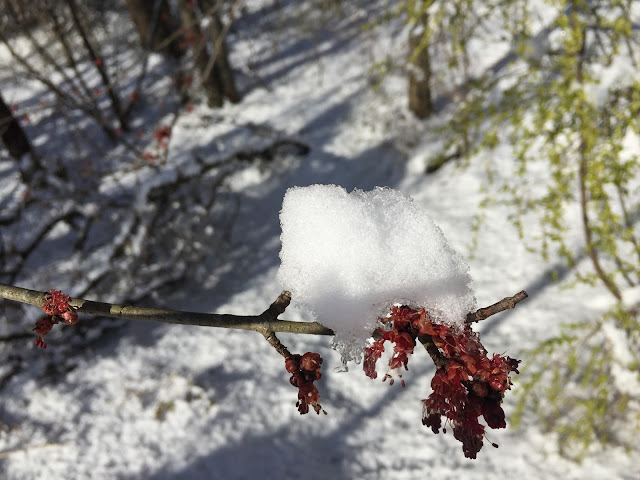 Bearing the burden and ... 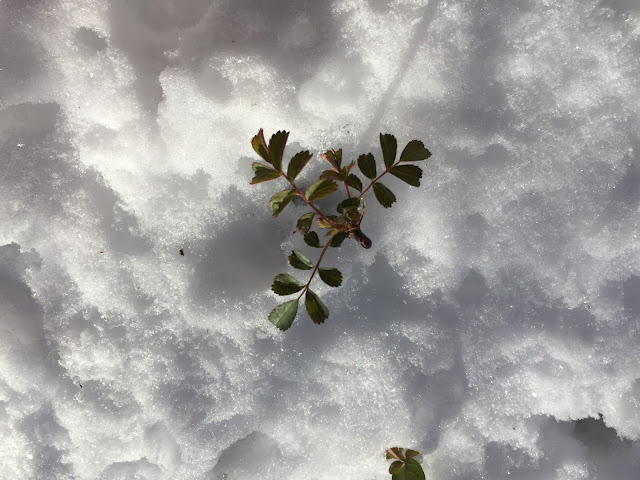 Peeking through
Posted by Linda at Thursday, March 22, 2018 No comments: 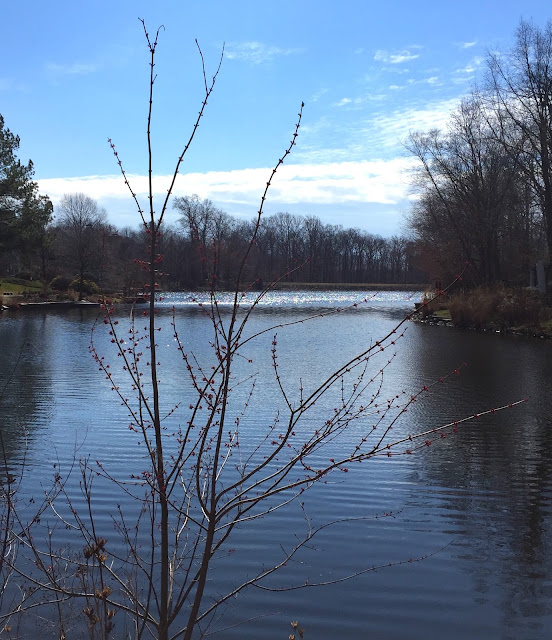 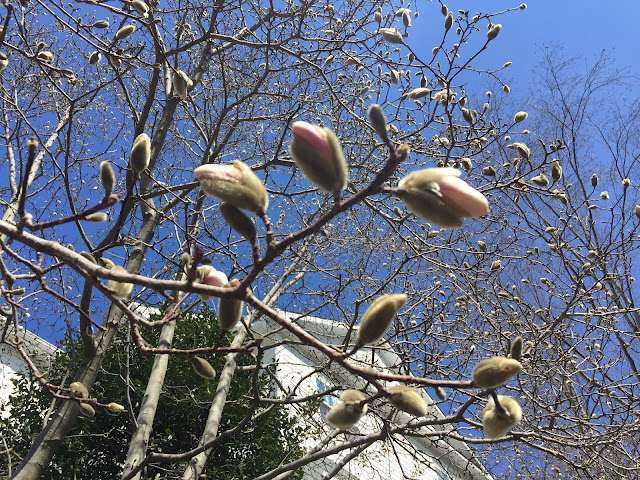