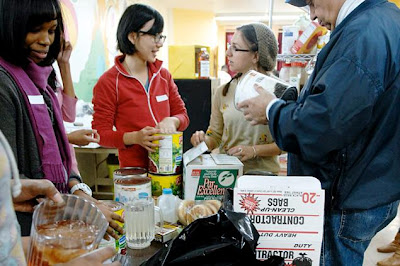 Caldwell Church Soup Kitchen in Brooklyn, N.Y., manned by church volunteers.
I have always believed in the now-old-fashioned imperative to be a good neighbor--after all, the person you help may be yourself.  Now "a remarkable, but mostly unnoticed, 2012 study found a powerful correlation between a community’s civic health and its economic well being," reported the New Geography website on March 5. The study, produced by the National Conference on Citizenship, correlated the presence of non-profit organizations--civic and volunteer groups of all kinds--and social cohesion in a counties across the country with the counties' unemployment rates during the 2008 recession and onward. 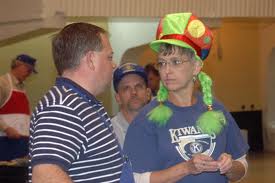 Factoring out demographic and regional economic variances, the study found that those counties with the highest number of non-profit organizations and with the highest levels of social cohesion--measured by the frequency of interactions in a year by county residents with family, neighbors, and friends, had lower unemployment than other countries.

As factors standing alone also, a high presence of civil organizations or high levels of social cohesion each contributed to keeping a county's unemployment lower than the rate in counties with fewer civic groups or lower social cohesion. The difference in unemployment between the most highly social connected counties and the lowest socially connected counties is a whopping 2 percentage points, as shown in this graphic from the study.

A Knight Foundation Soul of the Community study on what keeps people attached to their communities was one source for the National Conference on Citizenship research. The Knight Foundation believes the reasons for the correlation are:

"1. In communities with more nonprofits per capita, more organized groups, and more participation in formal activities, residents have stronger local networks of friends.
2. Strong local friendship networks are related to pride in the community and attachment to it.
3. Pride in and attachment to the community predicts positive perceptions of its economy. Positive perceptions of the local economy encourage people to invest and spend locally, supporting employment." 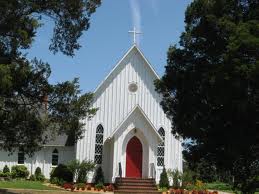 People do really help people. There are a lot of implications of this report. First off, higher levels of social cohesion and volunteerism are saving people from the devastation that unemployment can wreak not only on the budget but also from the depression and demoralization it can bring to a household, with deleterious effects on children in particular. Plus, the tightly knit community is lowering the need for tax dollars, for unemployment insurance and other federal, state, and local aid to families in need.

The conclusions of the National Conference on Citizenship study leads to the question: How do we build up the social cohesion and levels of volunteerism in our communities? What are the factors in a community's life that lead to greater people's increased personal involvement and what are the factors that decrease it? How can we repair the social fabric in a broken community? 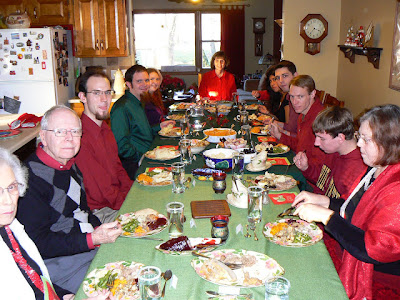 The answer does not necessarily lie with government, at all. Factors that contribute to community life can be as mundane as the time spent in commuting to work. According to a recent Canadian government report,  full-time workers with flexible work conditions and who work at home at least occasionally, are more likely to be volunteers in their community than those who work full time with inflexible schedules and commutes--by a difference of 26% to 18%, respectively. You can read about this report here.  Commuting time also affected volunteer levels: "Among full-time workers who took 45 minutes or more to get to work, 15% were regular volunteers. For those whose commute was 30 minutes or less, the rate was 21%."

There are probably myriad ways that we can boost our community's levels of social cohesion and participation. One thing is certain, the need to be a good neighbor is as true now as it was when Christ first told the story of the Good Samaritan in answer to the question, "Who is my neighbor?"
Posted by Linda at Thursday, April 04, 2013 No comments: