The Romance of Ironing? 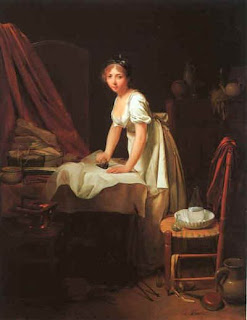 Young Girl Ironing by Louis Leopold Boilly, 1761-1845.
Very few women I know like to iron, and quite a few hate it. So I have found it odd that, relatively speaking, there are a lot of paintings of women ironing--in contrast to the total dearth of paintings of women housecleaning (except for the Dutch). I infer from this that men care more about clean clothes than they do a clean house. Most paintings of women ironing are from France, and this may be because the French laundry was considered in the heyday of the laundry business as the best in the world. In the early 20th century, with the decrease in cheap domestic labor, the laundry came back into the home.

Degas painted quite a few women ironing, as he made a study of laundresses in the 1870s. Here are two such studies, in which these women seem to be both strong and meticulous. 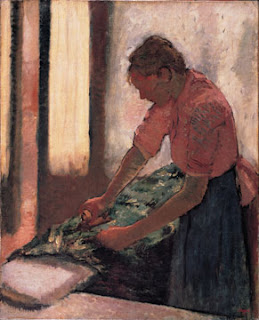 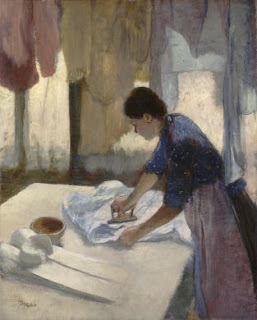 And here are paintings by other artists.
George Luks: 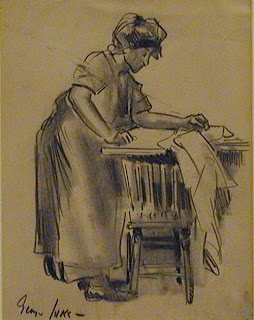 Picasso, 1904, from the Blue Period, a painting Betty Friedan could have used for her diatribes against housework: 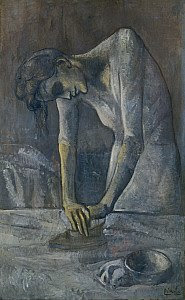 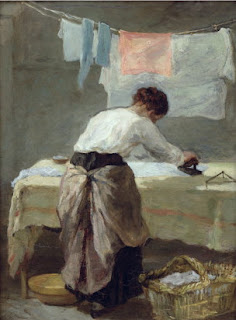 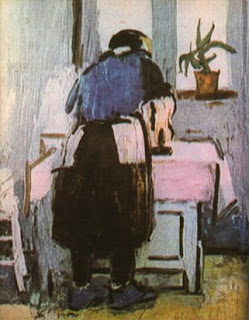 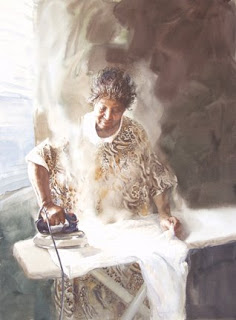 Oh, I definitely have romantic notions about ironing. I enjoy it, and an image of myself ironing seems far more lovely than, say, cleaning out the refrigerator. I would love to have every scrap of fabric in my home wrinkle free. Somehoe, though, it just isn't something I can manage to get to as much as I would like!

Hi, Linda! I found the link to your post at Tea at Trianon. =)